Plumbing the Jenkins Pipeline - Automating the Creation of Release Pull Requests in Galleon.PH

Due to the number of steps needed to prepare a release, our current release process in Galleon takes a while and is prone to human errors. Streamlining the release process by automating some of the steps would drastically improve the release workflow.

A Jenkins build server is set up on http://yourstagingserver.com:8080/ to host the pipelines streamlining the Galleon.PH release process.

Jenkins Pipeline (or simply “Pipeline” with a capital “P”) is a suite of plugins which supports implementing and integrating continuous delivery pipelines into Jenkins.

My name is Ted Mathew dela Cruz and I’m a new senior software developer here at Galleon.PH. Let me share how I automated the creation of release pull requests using Jenkins Pipelines.

The Release Pull Request Pipeline watches for any commits to the development branch and does the following:

2) Create a pull request on GitHub, set the changelog as the description, and add the Galleon Dev team as reviewers

1) Install Jenkins on a server.

2) Install the following plugins on Jenkins:

3) Install [email protected] on the server and make sure that it is accessible to the jenkins user.

The hub command allows the jenkins user to create pull requests in the shell.

5) Setup the Global Slack Notifier Settings in Manage Jenkins > Configure System like so:

Test the connection and check the channel:

In order for the Pipeline to capture events in the repository such as push, the Jenkins GitHub webhook should be set up properly on GitHub. 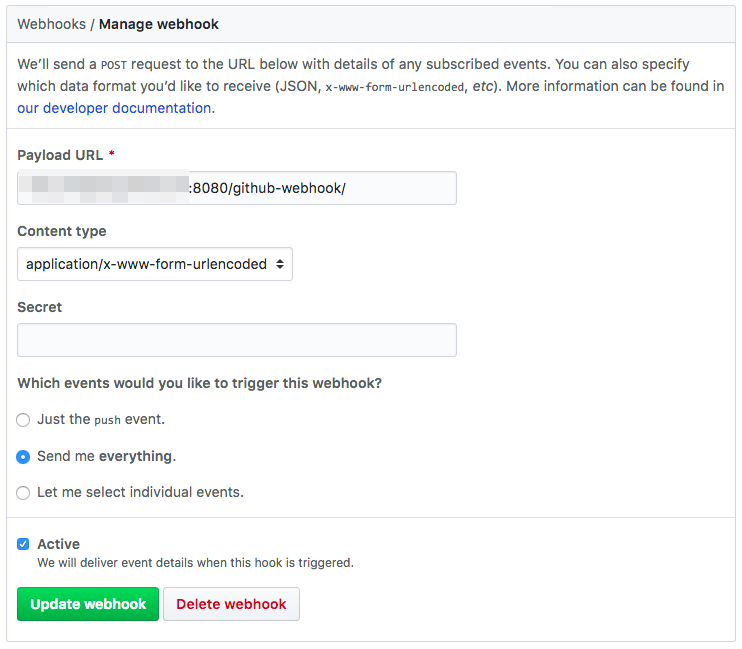 2) Fill in the basic general fields

3) Add a VERSION_BUMP build parameter for the pipeline

Automated builds bump the version by PATCH (x.x.1). Having this parameter would allow for MINOR x.1.x version bump manual builds.

Choose Pipeline script from SCM and fill up the fields like so: 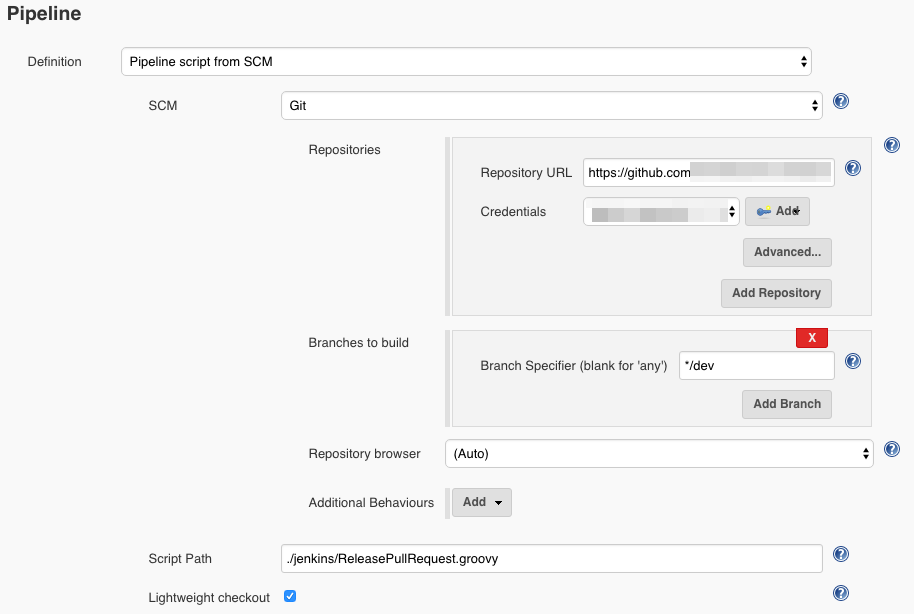 @kzap and I deployed the pipeline in two of our repositories. Instead of having to do the tedious steps of manually creating release pull requests, Galleon devs now simply have to push to the development branch and the pipeline would automatically create the release pull requests. This also reduces the chances of Git-related human errors when releasing to production.

The current method used by the team to create pull requests is using git pull-request from git-extras. But this method has a prompt asking for the GitHub password, which is a problem when automating shell commands. Another problem is that git pull-request gets the email from git config user.email.

I tried a workaround doing something like: echo ${password} | git pull-request master, but it never worked on the Jenkinsfile. Realizing that I also have to add reviewers, I gave up on git pull-request because it doesn’t have that feature.

I tried hub and it seemed to be a better option because reviewers can be added via the -r parameter and it has the option to authenticate via HTTPS using OAuth tokens.

As per the hub maintainer @mislav, adding team reviewers to pull requests via hub pull-request -r <org_name>/<team_name> is not yet included in any packaged releases. but it’s in master.

Hence, reviewers are added from a Jenkins config file like so:

Also the reason why version 2.3.0-pre10 of hub is used because it’s the only release of hub which allows reviewers to be added via -r option

The current Jenkins server running on staging is not running as a Docker container. This is because I had problems building Docker images on a Dockerized Jenkins instance before. But apparently, there is a way to do it as described in this blog post.

Once a release of hub allows for adding team reviewers via -r, it should be installed as soon as possible because this would reduce the dependencies to Jenkins configuration.

Currently, a linter powered by Lint Review is running on one of our staging servers but it’s not working properly with the Pipeline. Linting PHP files results to this lint comment on the PR:

Once we implement the release pull request pipeline on multiple repositories with their respective Jenkinsfiles, we can use Shared Libraries to allow for cross-repository sharing of Pipeline code.